Abby and Nathalie's first few days of college have had some challenges.
Their first day of classes included Accounting 101 and English Composition 101. They both like their accounting teacher, although Nathalie struggled to keep up with the notes. Abby did fine with note taking, so they agreed that Nathalie will do her best in class and fill in the rest from Abby's notes later.

English was another story. The professor basically strode into the classroom, handed out the syllabus, put up a youtube video and told the students to write their emotional reactions while watching the video. He then left the room for the duration of the video. The video was of a very offensive "comedian". It was an hour long ranting and raving about how "whites" have oppressed the "blacks". (google Paul Mooney if you really want to see it) It was filled with profanity, crude sexual references, and hatred. If it had a rating I am sure it would be rated R.

Nathalie came home and was visibly upset by it. Abby was ticked off that the professor had so little respect for the students. She said he arrived late, was sloppily dressed, and put his feet on the desk when talking to them. Let's just say she wasn't impressed.

I watched the first half hour of the video and understood their reactions. The assignment was for the students to write a one page, single spaced essay, from their worldview, which included these three points: What was your emotional reaction to the video? Does racism make you feel guilty? Is racism here forever? The syllabus also included this message: Although we will not be discussing race for the entire semester, we will be discussing other sensitive topics. If this video was too intense for you and you found it too offensive, I suggest you drop this class.

Sam and I agreed to let the girls make their own decision regarding the class. I felt the teacher was out of line in his attempt to shock students and turn, what should be a class on how to write a college essay or research paper and how to use the MLA format, into a soapbox for his personal agenda. Nathalie couldn't drop the class fast enough, while Abby took it as a personal challenge to show the professor that she could have an opposing opinion and write it well.

We allowed Abby to keep the class with the stipulation that I read over her first essay assignment. If I felt it was not strong enough to stand up to this professor, we would advise her to drop it. We also advised her that this guy could fail her even if her writing was excellent, just because he didn't agree with her. She accepted that and countered that she could always take it over winter session, if needed.

I should not have been worried. Her rough draft of her essay was very good. Her rewrite showed some well thought out responses to the questions. She has enough confidence to stand on her beliefs and opinions and not be swayed by dramatics and posturing. This class, it seems, will give her lots of opportunities to strengthen her "faith muscles" and improve her debating skills. (Not really what an English COMPOSITION class should be teaching, in my opinion!) Was her essay perfect? Nope, I see lots of corrections that should be made, but it is her class, not mine!

This is the essay she wrote:

My emotional response to the Paul Mooney film changed as the film progressed. Initially I felt confused. I did not get the point of one guy lying on a couch talking to another guy sitting in a chair pretending to take notes. My emotions quickly moved to anger. I was offended by the language of the film and Paul Mooney’s comment about Bin Laden looking like an old Jesus. I was offended by the coarse and gross language. He talked of fornication in very crude ways. When he compared Bin Laden to Jesus I was offended because neither is like the other in any way. Jesus showed mercy and compassion to all people, most especially those considered outcasts by society. Jesus never killed or hurt anyone, in fact He healed people. Bin Laden killed thousands of people and showed no mercy. To compare the two is, in my opinion, blasphemy. By the end of the film I was disgusted. Paul Mooney slandered a former President, a former Vice-President, Betsy Ross and many others. He showed a lack of respect for these people and to me that is appalling.
It seemed that some of the ideas put forth in the film were based on erroneous information. For example:  Paul Mooney claimed that the Egyptians were black, and that the blacks built the pyramids. This is not accurate. The Hebrews were the ones who built the pyramids. The Hebrews were enslaved by the Egyptians. When the Hebrew people multiplied and grew into such a number that the Egyptians feared them. The Egyptians persecuted the Hebrew slaves to keep them in bondage. This can be found in the Bible in the book of Exodus in chapter one verses eight through twenty –two.
Does racism make me feel guilty? No, racism does not make me feel guilty. According to Webster’s 1913 Dictionary the definition of the word guilty means: Having incurred guilt; chargeable with, or responsible for, something censurable. I am not responsible for racism. I cannot feel guilty for something that I have not done. However, racism does make me feel sad. It makes me feel sad because I believe that each and every one of us was created by God in His image. We are all equal in the eyes of God. We are all sinners and we all need to repent of our sin. It makes me sad that racism exists, as this is not the will of God.
I do not believe that racism is here forever. Racism is a part of this world now but this world shall pass away. There shall be a new heaven and a new earth after all the prophecies of the Bible have been fulfilled. The Bible says in this new earth and new heaven there will be no more sorrow. Racism brings sorrow. So if there is no more sorrow, then there will be no more racism. This can be found in the Bible in the book of Revelation in chapter twenty-one verses one and four.

Day two rattled Nathalie as she got overwhelmed with the amount of homework and note taking. She came home ready to quit. We managed to talk her into at least finishing out the week. After the third day she was finding her rhythm, and with Abby helping her with the note taking, I think she'll be okay. Abby is loving college. She likes the challenge and seems to be rising to it.

Today is day four and Nathalie seems to be getting a little excited about some of her classes, especially Business Software, since she has to help Abby and not the other way around!

Email ThisBlogThis!Share to TwitterShare to FacebookShare to Pinterest
Labels: college

Let us know how she does on the paper and what the prof. says, now I am interested in where he is taking the class.

So sad that you have to deal with this in your "composition" class. I liked your response. Will be praying for you!~Mrs. W.

Sam: On the Job 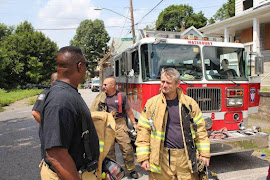 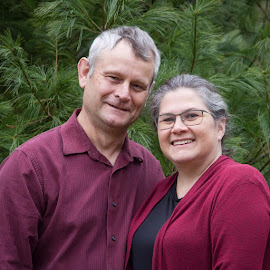